Sylvain Alem and his colleagues trained bumblebees to manipulate a feeder by pulling small strings 1. Observer bees quickly picked up this behaviour and soon performed it themselves. Here, we talk about the “absurdity” of this observation and what it can tell us about cultural evolution.

Cultured Scene: Lars Chittka, the senior author on your paper said: ‘What I like about the work, in addition to the experimental and intellectual challenges and insights, is the sheer absurdity of seeing bees solving a string-pulling puzzle.’ What did you think the first time a bee successfully pulled the string?

Sylvain Alem: Really, I did not think anything. I just jumped. It was fortunate that the video was not recording the sound at this moment. We had a lot of swearing at the time. We spent months to train the bees and suddenly it was right in front of us. I just couldn’t believe it. We did not think of any of the far-reaching consequences. It was just sheer happiness and exaltation. As Lars said, it was absurd to see this little, clumsy insect pull a string and solve a task that is usually solved by big brained animals.

CS: How did you conceive the study? You invested quite so much time in training the bees. Did you always have the string-pulling experiment in mind?

SA: No, no, no. There is a saying in France: Let’s give back to Cesar what belongs to Cesar. It was originally an idea from Lars. One day he called me in his office and said: “You always need a risky project in your career and I had this in mind for a while. So, if you are happy to try it, this could be your risky project.” Of course, I immediately liked the idea. The sheer absurdity.

Initially, we tried a vertical setup, with a vertical arrangement of flowers and a little plug on top attached to a string that the bees could pull to get
a reward. But it didn’t work at all, because, usually the bees preferred to push rather than to pull the little plug. It took a few weeks to review the literature on what had been done on string pulling. I chatted with Clint [Perry], as he was working on a similar problem-solving task with rats. In the end, it took the three of use, Lars, Clint and me, to design the final setup with the transparent tables. This is not what we thought of at the beginning. Our first ideas were really far from what is currently the protocol.

CS: String pulling experiments are commonly used as cognitive tasks, to test for an abstract understanding of a physical problem. They have been used before with birds and apes. How do your experiments with bumblebees compare to the ones in vertebrates?

SA: Most of the experiments in other animals actually show that they don’t have an abstract understanding. I think in ravens they have shown that the birds can spontaneously solve the task. Here we don’t show this at all. We don’t say the bees understand the task. On the contrary, we say that with very simple associative mechanisms, like Pavlovian associative learning, they can learn to solve a task that looks quite complicated that we thought only big brains can solve that have an ability for abstraction. But we do not claim that this is the case in bees.

CS: Science titled their report on your work with ‘Hints of tool use’. There is a controversy whether your experiment actually shows tool use, given that the strings are attached to the actual object, whereas tools are usually not.

SA: My opinion on this I quite clear. Because when Science asked whether there are hints of tool use in this paper, we answered: No. No, there is not. Don’t publish anything like this. In the end, they did it anyway.

In our case, the string is part of the flower to which it is attached. This is different from, for example, chimpanzees that might find a stick or a stone in the environment, carry it around and use it. But here, this is clearly not the case2.

CS: Some individuals were good in innovating, and apparently many are good in observational learning. What do you think differentiates the ‘smarts’ from other individuals in the colony?

SA: That is a really good question and to be hon- est we actually don’t know. But it would make a perfect PhD project. What makes these individuals different from others? It might be that they have different experiences in the hive, having more interactions with others. It could be genetic. Maybe a difference in learning ability based on synaptic connectivity. But it could be also a difference in motivation. Or the amount of time they pay attention to other bees. But we still don’t know what the neuronal substrate for motivation in bees actually is.

We noticed variation across and between colonies. If a bee had a lot of experience with a demonstrator it doesn’t mean that this very bee learned the task. Some learned the task after two instances,while others could still not do it after ten or fifteen instances. It is a bit like in humans (laughs).

CS: The reproductive unit in bumblebees is the queen bee, yet you report social learning at the worker level. How could a novel behaviour improve over time, or get transmitted to the next generation?

SA: This is a problem of the model organism we are using here. Bumblebees are seasonal and I cannot see a mechanism for learned behaviours to be passed on from one generation to another. Only if a queen learned it before hibernation and then also successfully remembers this in the next season, there would be a possibility. But this seems quite unlikely.

However, what we show is less about cultural evolution but more about the fundamental mechanisms and the potential. A potential that is present in small-brained insects.

CS: Alex Wild, Curator of Entomology at the University of Texas, tweeted in response to your article: “Biologists taught bees to pull strings and started a cultural revolution. In the bees’ own cultures.” He is referring to the cultural processes within the colony. What does your experiment teach us about cultural evolution? Do you think that your insights will change how we think about culture?

SA: I hope so, yes. It sheds light on the mechanisms involved in cultural evolution. The fact that it is not necessary to have highly sophisticated behaviours like teaching and imitation to evolve a culture. Instead simple mechanism like stimulus enhancement are already very effective.

We don’t need very sophisticated social information transfer to gain culture-like phenomena. For some reason, our species started to modify the environment, which made it possible for more sophisticated mechanisms to evolve. If we can’t see aspects of culture in bumblebees or other social insects in nature it is not because they don’t have the capacity. It is just because they missed the opportunity to evolve these aspects.

CS: Christian Rutz, an evolutionary ecologist who studies bird cognition at the University of St. Andrews said: The study “successfully challenges the notion that ‘big brains’ are necessary” for new skills to spread. Do you agree?

SA: For a long time, it was assumed that the capacity for culture is uniquely human, and that explains why there is only one species that achieved this level of culture. But our study tells us that this might not be the case actually, because even insects have the capability. I guess it is a good lesson of humility.

Sylvain Alem was, at the time of the interview, a post-doc at the Lars Chittka bumblebee lab at Queen Mary University in London. He is now working as a policy adviser at the Government Office for Science. 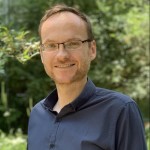